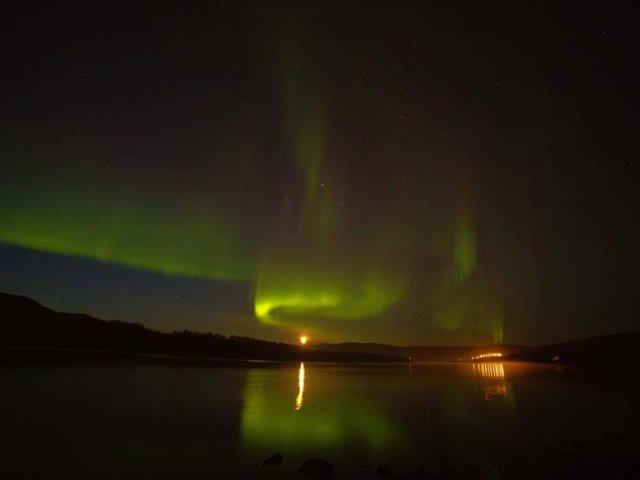 Northern Lights are the most spectacular colour show of northern nature. They are light phenomena appearing as colourful, dancing and quickly moving lights that change form, and can be viewed in the northern regions in dark and clear night skies.

The Northern Lights (Aurora Borealis) are natural phenomena that can be forecasted on the basis of solar wind activity and of course the weather. The following websites help you to estimate when the Northern Lights are visible.